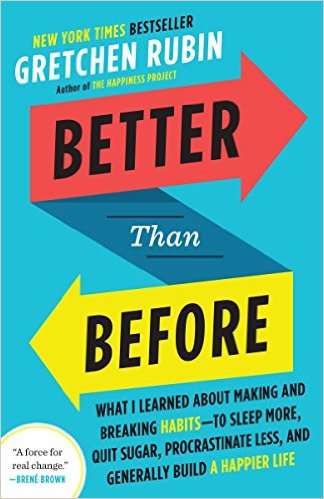 As of today, we are 23 days into the new year. How are those resolutions going? Great? Not bad? Not making the progress you were hoping for?

Don’t feel bad; most people have already given up on their resolutions by now, or will within the next few weeks.

The question is… why?

Most everyone knows how to set S.M.A.R.T. (specific, measurable, achievable, results-focused, and time- bound) goals. Last year I even wrote a series of posts on setting S.M.A.R.T.E.R. goals.

But how do we get from where we are to where we want to be?

What exactly is a habit?

According to Dictionary.com a Habit is defined as “an acquired behavior pattern regularly followed until it has become almost involuntary.”

If we can spend a few weeks (actually it takes about 13 weeks NOT the 21 days some so-called experts say) cultivating a handful of eating habits, moving habits, and resting habits, one or two steps at a time, we can not only reach our health and fitness goals but exceed them and even maintain them because now we have the necessary habits in place that makes it “almost involuntary“.

So how do we start?

A system is nothing more than the beginning of a habit. When it becomes virtually automatic for you, then and only then can it be called a habit.

For some people setting a big challenging goal makes perfect sense, and they’ll do everything they need to do to reach it, but for others establishing “systems” that equate to small changes over time that develop into habits will be much more effective. And these systems eventually turn into habits.

Scott Adams, the creator of “Dilbert,” champions this idea in How to Fail at Almost Everything and Still Win Big:

“Goal-oriented people exist in a state of continuous pre-success failure at best, and permanent failure at worst if things never work out. Systems people succeed every time they apply their systems, in the sense that they did what they intended to do. The goals people are fighting the feeling of discouragement at each turn. The systems people are feeling good every time they apply their system. That’s a big difference in terms of maintaining your personal energy in the right direction.”

Pick one system to begin in each of the following areas: how you eat/drink, how you move/exercise, and how you rest/recover/sleep. Add one each week to cultivate all of the habits you know you need to get where you want to go.  For example:

Make it as simple as possible. Eventually each of these systems will become habits, and these habits will get you to your goals and beyond.

I have a weekly newsletter called Smart Fitness Tips of the Week where I send out one “Eat”, one “Move”, and one “Rest” tip each week. If you’d like to subscribe, send me an email at SmartFitnessForLife@gmail.com.

If you’d like to learn more about habits, systems, and goals, check out the following sources:

Did you make any new year’s resolutions for 2016? If so, how are they coming? What habits would you like to develop this year?

Coaching people to FUEL SMARTER and MOVE SMARTER so they can develop the habits necessary to achieve their HEALTH and FITNESS goals and keep them for life.